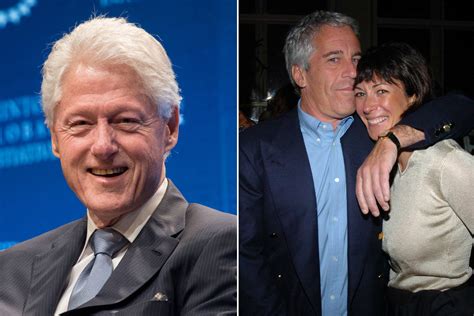 Clinton has been dogged by his association with Epstein, who gained access to a collection of powerful men including politicians, business moguls, and even British royalty.

These figures were lured into a spider’s web of blackmail over visits to his steamy Caribbean island and trips on his private plane, dubbed the Lolita Express.

Now, more damning evidence of Clinton’s friendship with Epstein has emerged after a British tabloid published pictures of the disgraced philanthropist sex trafficker and his madame schmoozing with Clinton while he was in the White House.

The Sun just released this photo from Jeffrey Epstein’s visit to the White House. pic.twitter.com/DcMkf0nBVF

According to The Sun, the two were invited to the White House as VIP guests of the then-sitting president as attendees of a party thrown for high rollers who donated money for the refurbishment of the Oval Office in 1993.

Maxwell and Epstein were given a personal tour of “Clinton’s residence and the East Room during a reception,” a glimpse at how early that Clinton became intertwined with Epstein.

The Sun reports that “Records pulled from the William J Clinton Library and Museum, in Little Rock, Arkansas, show both Epstein and Maxwell’s names on the guest list. An A is placed next to their names, indicating they planned to attend.”

The pictures come the day after Maxwell pleaded not guilty to new sex trafficking charges in a Manhattan court on Friday.  She is currently being held without bail at the Metropolitan Detention Center in Brooklyn after her arrest last summer.

Epstein was found mysteriously dead in 2019 in his own cell in a highly secured federal prison in Manhattan. Officials ruled his death a suicide.

According to the documents by Epstein victim Virginia Guiffre: “I remember asking Jeffrey what’s Bill Clinton doing here kind of thing, and he laughed it off and said ‘well he owes me a favor.”

“He never told me what favors they were,” she said “I never knew. I didn’t know if he was serious. It was just a joke . . . He told me a long time ago that everyone owes him favors. They’re all in each other’s pockets,” according to a report by The National Review.

The pictures will once again stir up matters over the relationship between Clinton and Epstein, a depraved and vile man who recently made headlines again in a Miami Herald story about a lawsuit against his estate last month.

Clinton has repeatedly denied that he had any knowledge of Epstein’s crimes but then again, this is the same guy who once wagged his finger in the faces of Americans and lied that “I did not have sexual relations with that woman.”

Bill Clinton also reportedly had an affair with Ghislaine Maxwell, according to a blockbuster new book.