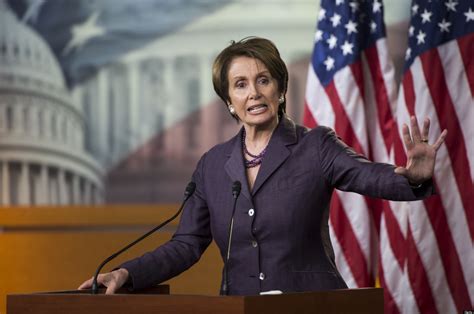 After losing the White House, Republicans quickly set their sights on one goal: retaking the House in 2022.

Considering the fact that Democrats lost some House seats during the 2020 election, the margin has narrowed significantly.

Now, it looks like a red wave could be building fast — and House Speaker Nancy Pelosi’s position could be in jeopardy.

A new internal survey of battleground congressional seats is cause for concern among Democrats.

The National Republican Congressional Committee (NRCC) conducted the poll of about 1,000 voters across 85 battleground districts.

TRENDING: The New Revenge 2024 Coin Has Been Released & It’s Selling Super Fast! Due to limited stock, we will stop giving away FREE coins after the timer hits zero! (Expert predictet – after 2024 worth will be bigger than bitcoin)

And the results are definitely food for thought, and point toward a GOP takeover of the House after midterm elections.

An internal survey of battleground congressional seats from the National Republican Congressional Committee (NRCC) found Republicans are poised to take back the House in the upcoming midterm elections.

According to the survey, 54 percent of voters want “a Republican who will be a check-and-balance to Nancy Pelosi and the Democrats’ agenda.”

And speaking of Pelosi, it turns out she’s the “most unpopular politician in the country.”

Her approval numbers have continued to decline:

Previously, the NRCC’s February polling found Pelosi was the most unpopular politician with a 41 percent favorable and a 52 percent unfavorable rating.

On top of that, the survey showed that Pelosi hits a concerning 60 percent “unfavorable” rating in “Trump/Democratic districts.”

This isn’t great news for the Speaker or Democrats.

If Republicans do manage to reclaim control of the House in 2022, it’s likely that Pelosi won’t remain in her position of power.

The Democrat agenda will be even more difficult for the Biden administration to pass, too.

All in all, this is pointing toward a rush of Red in the near future, though it’s impossible to say for certain what will happen in the midterms.