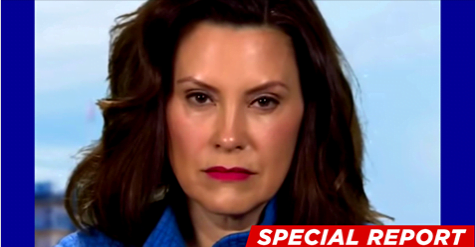 This year has been eye-opening for many Americans living under Democratic leadership. And things might be changing in one state.

Regardless of the challenges we face as a society, one thing is clear: problems do not justify a power grab.

But that appears to be just what many governors have done. That is what many GOP lawmakers feel about Michigan’s Gov. Whitmer.

And a growing number of them are pushing to set things right:

A “growing list” of Michigan state lawmakers are calling for Democratic Gov. Gretchen Whitmer’s impeachment over her handling of the coronavirus.

Michigan state Rep. Matt Maddock, a Republican, tweeted Monday that he and several other state lawmakers will support legislative hearings potentially to remove Whitmer from office…

“Michigan voters know she has committed the following impeachable conduct:,” Maddock said before accusing Whitmer of a string of abuses, misconduct, and violations.

Republican lawmakers in the state of Michigan are pushing to bring impeachment proceedings against Democratic governor Gretchen Whitmer.

They accuse her of violating the law and Constitution, claiming she’s committed a “string of abuses, misconduct, and violations.”

These include violating the Constitutional rights of residents, ignoring due process and legislature, and “weaponizing” contract tracing databases to aid political campaigns.

The governor was hit by several court rulings that she ignored due process to enact numerous executive orders. That could be said of many governors who refused to work with their lawmakers—instead, using orders like dictators.

If that wasn’t enough, some claim Whitmer pushed orders simply out of spite for her own people. After some residents gathered to demand an end to the spring lockdowns, she only extended them.

It seems like this woman is not interested in hearing what her own people have to say. Nor does she seem willing to work with lawmakers to find the best solutions to the state’s problems.

The governor even ignored a court ruling in October to end her orders. She has only pushed for orders, despite what the courts said.

That’s a pretty strong case for removing this woman from office. She appears to be disregarding the very principles of our government, where governors work with lawmakers and the courts.

But if the state is able to impeach her, what will she do next?