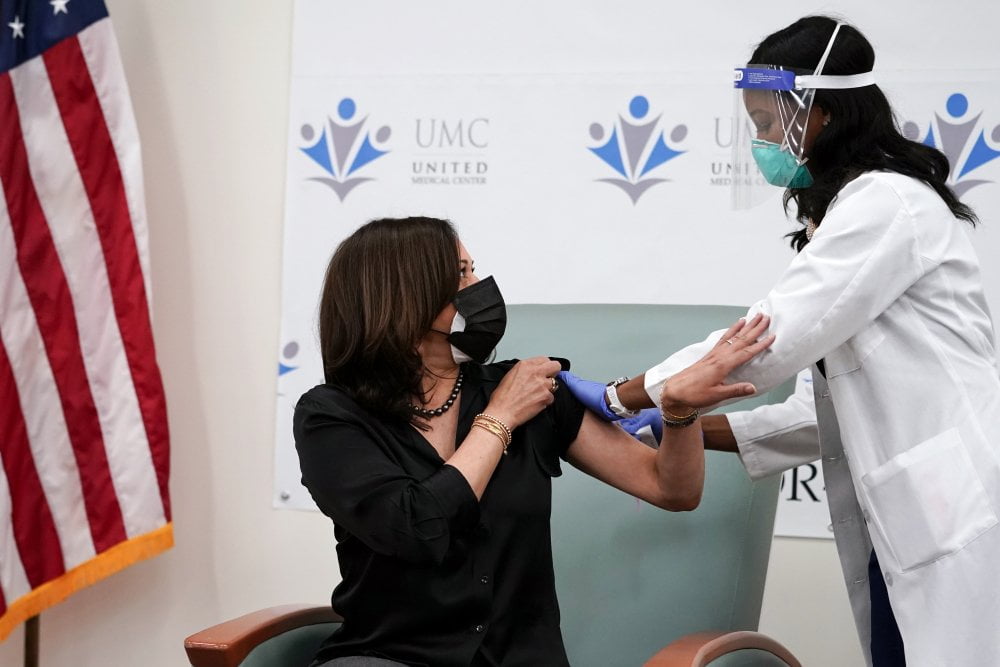 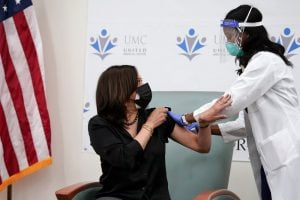 Hypocrisy at its finest.  Kamala Harris publicly received her first dose of the coronavirus vaccine Tuesday during a nationally streamed television extravaganza.

“I want to encourage everyone to get the vaccine,” she said. “It is relatively painless, it happens really quickly. It’s safe,” she added.

But, the irony is ripe for picking.

For months, Harris repeatedly said she would refuse the vaccine if it had anything to do with President Trump.

In September, she said she wouldn’t trust Trump’s word when it came to the reliability of any coronavirus vaccine produced before the presidential election in November.

A month later, during the debate with Vice President Mike Pence, Harris repeated herself, saying she would not take the vaccine if Trump suggested to.

Pence fired back, saying “the fact that you continue to undermine the public confidence in a vaccine, if a vaccine emerges during the Trump administration, I think is unconscionable, and Senator, I just ask you to stop playing politics with peoples’ lives.”

Despite the fact that the vaccine rolled out shortly after the election, it was created thanks to the Trump Administration’s Operation Warp Speed.

As of now, both the Pfizer and Moderna vaccines have been approved by the FDA and are being administered throughout the country.