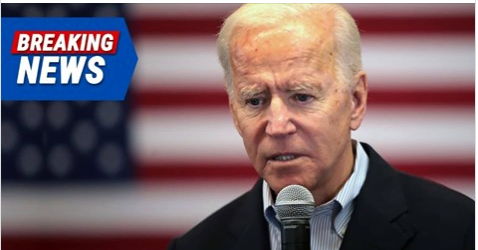 Joe Biden couldn’t even help himself. He’s not officially the President-Elect, but he’s already making decisions like he’s in the big chair.

Remember Mike Flynn—and how the deep state went after him for talking with foreign leaders before the Inauguration?

Joe Biden as vice president even did the unmasking, exposing Flynn’s name.

Well now, someone is claiming Joe is already doing the very same thing he “stood against” just four years ago:

.@brhodes: Biden is already “having phone calls” with foreign leaders about “the agenda they’re going to pursue January 20th” pic.twitter.com/ynHspaEDxE

[email protected]: Biden is already “having phone calls” with foreign leaders about “the agenda they’re going to pursue January 20th”

According to Ben Rhodes, Joe Biden is already talking with foreign leaders about their agenda after January 20th.

It seems like he is doing the very thing Mike Flynn did during Trump’s transition—something they got him fired and prosecuted for, even though in the end it seems he did nothing illegal.

Does this mean Joe Biden is breaking the law? Probably not. But it’s pretty rich that he was willing to expose Flynn over something that he now has no problem with doing.

What can we say, folks? This is something we’ve seen from Democrats for years. They demand others live up to a standard they’d never do themselves.

Biden and the Obama administration was so outraged that Flynn made a simple phone call, they tried to expose him to the press.

But it seems Biden can go ahead and do the same thing, even though he’s not even deemed the winner of the election.

Should Biden be talking to foreign leaders already?