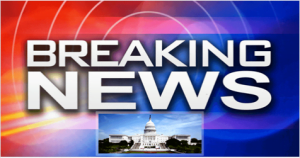 The media has been pushing their election narrative since the beginning of the month. They want conservatives to just give up the fight.

But the battle continues to be fought in the courts, which can decide the future of the presidency.

Trump’s team has multiple cases moving through various state courts—which can end up in federal courts.

Many believe they will end up before the Supreme Court itself. And Trump just got some good news about Supreme Court appointments for the circuit courts:

The Supreme Court announced that the justices assigned to oversee circuit court cases in key swing states will be conservative members of the court.

Barrett, Kavanaugh, and Alito, respectively will be looking over cases moving through states like Pennsylvania, Michigan, and Wisconsin.

That means some issues in the current court battles over election results in these states (where Trump’s team alleges voter fraud) could be overseen by Constitutionally-minded conservatives.

This is good news, as liberal justices on the court won’t be influencing the outcomes of what could be crucial cases.

Emergency applications for speedy trials get submitted to the justices overseeing those cases. So, these justices will decide if these election battles will move swiftly through the courts or not.

This means liberal justices (appointed by Obama) won’t slow down or deny Trump’s day in court.

We can’t say for sure what will be the outcome of these many battles. If there is evidence of wrongdoing during this election, these cases might decide who becomes president.

Or these cases could be dismissed and Joe Biden becomes president. Either way, having justices like Barrett, Kavanaugh, and Alito oversee this process is a good thing.