Georgia Democrat Official Looks Out His Window, Spots 200 Trump Supporters In A Caravan Coming To Protest The Election 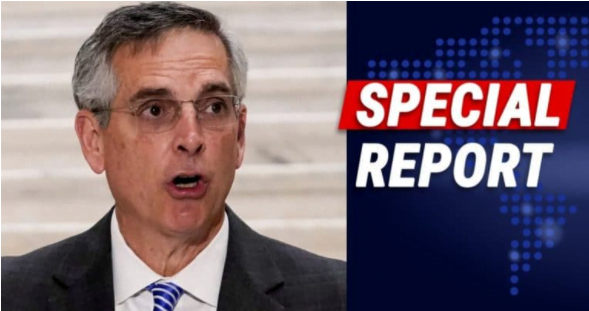 In the eyes of many, the 2020 presidential election is over. Democrats and the media are calling on President Donald Trump to concede, but POTUS simply refuses to back down.

The same can be said for certain members of his constituency. Many Trump followers are showing their loyalty by protesting in critical swing states, where the 2020 voting was especially close.

For example, according to the official results, Trump lost to Biden by a mere 12,000 votes in Georgia.

That’s only about 0.25 percent overall, making it one of the most hotly contested political races in the state’s history. And the state has technically certified the election results.

But that hasn’t stopped Trump and his allies from protesting those results.

And once again, Trump’s most ardent followers are standing by the President — and in this case, descending on a state official’s home to make their voices heard.

As Fox 5 reported, many of those 200 supporters came driving trucks waving “Stop the Steal” flags:

Organizer Ursula Christie said the purpose of the caravan was clear:

Every Trump protester wanted Raffensperger to know that “we are silent no more.” Furthermore, they’re “watching and listening and are aware of the actions being taken.”

Raffensperger has been a vocal Trump supporter in the past, but has since fallen out of favor with the President’s fans.

That’s because the Georgia Secretary of State has often called out the President for his reaction to the election results, and has also dismissed any allegations of voter fraud.

During a CNN interview, Raffensperger said he hadn’t seen any widespread voter irregularities, despite “a few of the counties that made some clerical errors.”

As for Trump, he continues to rail against the official results. As he said in a recent tweet:

Biden can only enter the White House as President if he can prove that his ridiculous “80,000,000 votes” were not fraudulently or illegally obtained. When you see what happened in Detroit, Atlanta, Philadelphia & Milwaukee, massive voter fraud, he’s got a big unsolvable problem!

There are a few ongoing lawsuits and investigations going on across the country. But for the time being, it does appear that Joe Biden is the winner and will be inaugurated on January 20.

On the flip wide, Trump’s team will do everything in their power to convince the courts that the election was either rigged or poorly and inaccurately processed.

And while the battle continues, expect Trump followers to remain stoic.