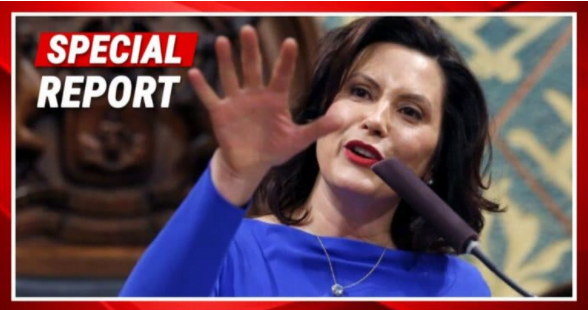 Many Americans are fed up with our overreaching government—especially in Michigan.

Their Governor Whitmer has taken extreme measures during this crisis. She’s even outlawed people visiting friends and family.

Not only are some citizens defying her, but sheriffs are starting to take a stand.

Four sheriffs from northern Michigan counties released a statement saying they will not be enforcing some of the Democrat’s orders, calling it an “overstepping” of executive authority…

“While we understand her desire to protect the public, we question some restrictions that she has imposed as overstepping her executive authority,” the sheriffs continued.

Four sheriffs declared that they will not be enforcing the governor’s extreme orders. They called out her orders as overstepping her authority—plus many of her rules are vague and impossible to follow.’

They said all this was to “slow the spread” of the virus. But honestly, we’re beginning to question their right to do this.

Americans can stay safe and still live their lives. But Michigan’s governor seems to be on a power trip.

Who gave her the right to prevent a private citizen from leaving their private property, getting into their privately owned car, and visiting a friend or family member in their private home?

Or buying seeds to plant a garden? Is that really “non-essential?”