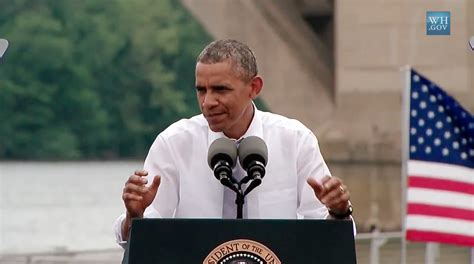 Federal prosecutors have revealed in an indictment that a former Obama administration official took $50,000 from an associate of a Lebanese-Nigerian billionaire, who the Justice Department had been investigating as part of an illegal campaign cash scheme.

Ray LaHood, who served as the transportation secretary from 2009 to 2013 under Obama, took a check for $50,000 in 2012 with the word “Loan” written on it while he was “suffering financial difficulties,” the DOJ announced.

The check came from Toufic Joseph Baaklini, an associate of Lebanese-Nigerian billionaire Gilbert Chagoury, who, despite being “prohibited by federal law from contributing to any U.S. elections,” made payments to government officials through those in his orbit.

LaHood “understood” the check came from Chagoury, and he failed to disclose the money on two separate government ethics forms, the DOJ wrote.

Investigators added that the Obama administration official “made misleading statements to FBI agents.”

The former transportation secretary repaid the $50,000 to Baaklini and paid $40,000 authorities to “resolve” the criminal investigation against him, the Justice Department said.

Chagoury admitted to paying a total of $180,000 to four different political candidates within the U.S. government, and he dished out $1.8 million to resolve his inquiry with the DOJ. Chagoury’s assistant, Joseph Arsan, 68, helped “reimburse others for contributions to political candidates,” and in one instance was caught wiring $30,000 to an undisclosed lawmaker for a “wedding gift,” according to the Justice Department.

Arsan was fined $1.7 million, while Baaklini paid $90,000. The DOJ entered into a deferred prosecution agreement with Chagoury due to his willingness to cooperate and his foreign status. The other defendants were put through the same process.

The full DOJ press release can be read below:

A Lebanese-Nigerian billionaire has resolved and two of his associates have agreed to resolve a federal investigation that they conspired to violate federal election laws by scheming to make illegal campaign contributions to U.S. presidential and congressional candidates, the Department of Justice announced today.

Gilbert Chagoury, 75, who presently resides in Paris, France, paid $1.8 million to resolve allegations that he, with the assistance of others, provided approximately $180,000 to individuals in the United States that was used to make contributions to four different federal political candidates in U.S. elections.

Chagoury, a foreign national prohibited by federal law from contributing to any U.S. elections, admitted he intended these funds to be used to make contributions to these candidates. He further admitted to making illegal conduit contributions – causing campaign contributions to be made in the name of another individual.

According to a deferred prosecution agreement with the government, Chagoury accepted responsibility for his role and conduct that resulted in violations of federal election contribution laws between June 2012 and March 2016 and agreed to cooperate with the government’s investigation. Chagoury entered into the agreement on October 19, 2019, and he paid the fine in December 2019.

Federal prosecutors entered into the deferred prosecution agreement considering, among other factors, Chagoury’s unique assistance to the U.S. government, his payment of a fine, Chagoury’s acceptance of responsibility for his actions, and his residence outside the United States.

Relatedly, two Chagoury associates – Joseph Arsan, 68, also of Paris, and Toufic Joseph Baaklini, 58, of Washington, D.C. – agreed to resolve allegations that they violated campaign contribution laws by assisting Chagoury in his illegal contributions. Arsan, a physician who worked as an assistant to Chagoury, admitted helping Chagoury reimburse others for contributions to political candidates. In 2014, Arsan – at Chagoury’s direction – wired $30,000 to a third party and indicated on the wire information form that the funds were for a “wedding gift,” when he knew or should have known that the funds were reimbursement for making a political contribution to a campaign fund for a federal elected official.

Arsan’s deferred prosecution agreement, which took effect in November 2020, also resolves a criminal investigation into his alleged tax violations in the years 2012 to 2016 stemming from his failure to report money he held in foreign bank accounts. Arsan agreed to pay $1.7 million in penalties to resolve the tax probe and to cooperate in the government’s investigation.

In his deferred prosecution agreement signed on March 1, 2021, Baaklini admitted to giving $30,000 in cash provided by Chagoury to an individual at a restaurant in Los Angeles who, along with others, later made campaign contributions to the 2016 campaign of a U.S. congressman. Baaklini also agreed to pay a $90,000 fine as part of his agreement and agreed to cooperate with the government’s investigation.

In a separate and unrelated matter, Ray LaHood, 75, who served as U.S. Secretary of Transportation from 2009 to 2013, paid a $40,000 fine to resolve a federal criminal investigation into LaHood’s conduct related to a $50,000 financial transaction between LaHood and Baaklini in June 2012.

LaHood, who at the time was suffering financial difficulties, admitted that in 2012 he accepted a $50,000 personal check from Baaklini – with the word “Loan” written in the check’s memo portion – and understood at the time that the money came from Chagoury. LaHood failed to disclose the $50,000 check on two government ethics forms as required because LaHood did not want to be associated with Chagoury. Later, LaHood also made misleading statements to FBI agents investigating Chagoury about the check and its source. As part of his non-prosecution agreement signed in December 2019, LaHood also agreed to cooperate with the government’s investigation and repaid the $50,000 to Baaklini.

This matter was investigated by the FBI, IRS Criminal Investigation, and Department of Transportation’s Office of Inspector General.