The attorney for a former medical school dean at the University of Southern California argued Wednesday that his client should be allowed to continue practicing medicine, despite acknowledging that he used hard drugs during his tenure at USC.

Attorney Peter Osinoff made the case on behalf of Dr. Carmen A. Puliafito during a state medical board hearing that followed Puliafito’s March 2016 resignation from the university — one of several high-profile departures from the school in recent years.

Osinoff argued that while 67-year-old Puliafito has a brilliant mind, he also suffers from mental illness, which induced an “ugly side” that led to his relationship with a prostitute, the Los Angeles Times reported.

He noted that Puliafito was more addicted to his involvement with the young woman, identified in a previous report by the Times as Sarah Warren, than the narcotics – and asserted that Warren was the one who introduced the physician to “street drugs.”

Osinoff argued his client has been recovering for several months and has since gotten a grasp on his bipolar disorder, according to the paper.

Puliafito resigned as the dean of USC’s Keck School of Medicine in three weeks after Warren, 21, overdosed in a Pasadena hotel in his company, according to a detailed investigation by the Times.

The physician continued to represent the school and see patients at the university until the paper published its investigation last year that revealed Puliafito lived a secret life of drinking, drug use and partying with addicts and prostitutes.

The report, which prompted the medical board to suspend Puliafito’s license, turned out to be just the beginning of a series of scandals to rock the university.

Puliafito’s successor, Dr. Rohit Varma, was ousted less than a year after being appointed following revelations of a sexual harassment settlement from 15 years earlier, in which a woman accused him of unwanted sexual advances in 2002.

Most recently, USC gynecologist Dr. George Tyndall, 71, was accused of sexual abuse by more than 50 women over the course of more than two decades following a bombshell report by the Los Angeles Times earlier this month that the women had complained about the physician’s behavior for years — with the school taking no action until 2016. 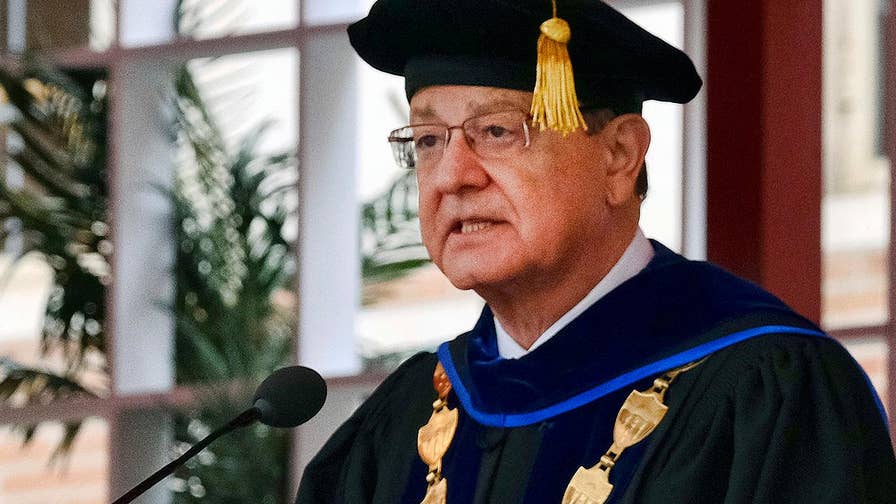 Tyndall has denied any wrongdoing in interviews with the Times.

During Wednesday’s hearing, the state medical board alleged that Puliafito would “see patients within hours of using methamphetamine,” in addition to providing drugs and paraphernalia to Warren, and her brother Charles Warren, who was 17 at the time, the paper reported, citing a filing.

Osinoff denied those claims, arguing his client never treated patients while under the influence of drugs, nor did he ever illegally supply drugs, adding that Puliafito hasn’t used methamphetamine since last July, according to the paper.

The attorney argued Warren drugged Puliafito “without his consent,” while he spent hundreds of thousands of dollars on clothes, housing and rehab among other things for her.

Puliafito attended the hearing, which will determine whether the physician can continue practicing.

The Associated Press contributed to this report.