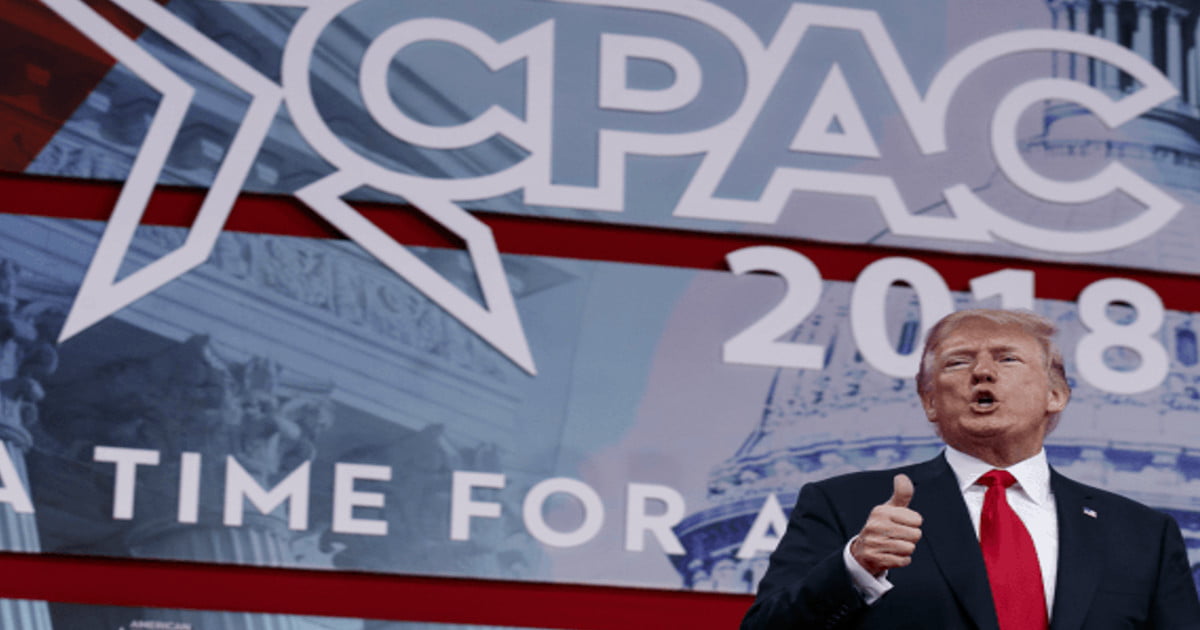 President Donald Trump energized conservative activists at CPAC on Friday, celebrating his accomplishments during his first year in office.

“Hey, we have got seven years to go, folks!” Trump told the audience who cheered wildly. The president arrived with a prepared speech but quickly abandoned the teleprompters in favor of a free-wheeling address.

Trump’s arrival thrilled the crowd who waited hours to get in for Trump’s speech. CPAC president Matt Schlapp said it was the biggest audience in history.

The speech quickly turned into a dynamic rally-style speech as Trump drew energy from the audience.

Catching sight of the video screen in the room, Trump joked about his hair.

“I try like hell to hide that bald spot, folks, I work hard at it,” he said. “It doesn’t look bad, hey we’re hanging in!”

Many of the supporters wearing red Trump campaign hats roared with delight when the president pulled out a copy of The Snake and read the poem.

But he got serious when he discussed the Florida school shooting, detailing his plan to allow trained teachers to use concealed guns in schools.

“A teacher would’ve shot the hell out of him before he knew what happened,” he said, referring to the school.

The appearance lasted over an hour, as Trump spoke about his accomplishments in office — tax cuts, jobs, the economy.

He urged activists to re-energize for the midterms, warning that they were facing tough elections — and the historic nature of the party in power losing the congressional majority.

“We’re going to Make America Great Again and I will never ever ever let you down,” he concluded.