Donald Trump Calls for DACA Amnesty ‘Bill of Love’ and Wall Funding: ‘You Need the Wall’ 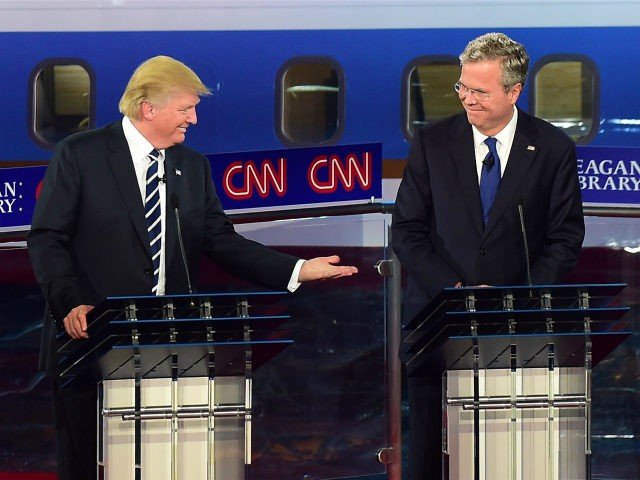 President Donald Trump called for a DACA amnesty “Bill of Love” during a meeting Tuesday with congressional Republicans and Democrats at the White House.

“I really do believe Democrat and Republican, the people sitting in this room, really want to get something done,” Trump said, adding that he was looking for a “bill of love” from Congress.

Trump spoke at length to the bipartisan meeting, urging them forward on offering legalization for DACA recipients but also ending chain migration and visa lottery systems, as well as demanding border security.

The president spoke to reporters with Sen. Dick Durbin on his right and House Minority Leader Steny Hoyer on his left. Other members of Congress included pro-amnesty leader Sen. Dianne Feinstein and immigration hawk Sen. Tom Cotton. Other Republican amnesty supporters like Lindsey Graham and Jeff Flake joined the meeting.

Trump said that if Congress could come together on a DACA deal, he would be happy to sign it — even if he had compromises that he didn’t like.

“I am very much reliant on the people in this room,” Trump said. “I have great confidence … if they come to me with things I’m not in love with, I’m going to do it, because I respect them.”

Hoyer said that Republicans were to blame for failing to bring the Senate “Gang of Eight” immigration reform bill into a vote in the house.

Trump said he was eager to pass comprehensive immigration reform, but that it should be done in “steps.” DACA, he said, was the first step.

The group of about two dozen members of Congress met in the Cabinet Room of the White House with Trump and White House chief of staff General John Kelly, DHS Secretary Kirstjen Nielsen and advisors Stephen Miller and Marc Short.

Trump announced that Chairman of the House Committee on the Judiciary Bob Goodlatte would introduce a bill in the House featuring his border security priorities and that it would make it’s way to passing into the Senate.

“This has been going on for years,” Trump said, joking that if they could not make progress on the issue he would “lock the doors” of the White House to end the discussion.

He said he personally felt that it should be easy for Republicans and Democrats to come together on the DACA issue and immigration reform.

“I really think this sells itself,” Trump said.

“If you want to take it that further step, I’ll take the heat,” Trump said. “You are not that far away from comprehensive immigration reform.”

When asked if he would support a DACA deal without wall funding, he replied, “You need it. … I’d love not to build the wall, but you need the wall.”

He clarified that he didn’t need a wall on the entire border, citing specific advice from border security agents.

“We don’t need a 2,000-mile wall where you have rivers and mountains, and everything else protecting, but we do need a wall for a fairly good portion,” Trump said.