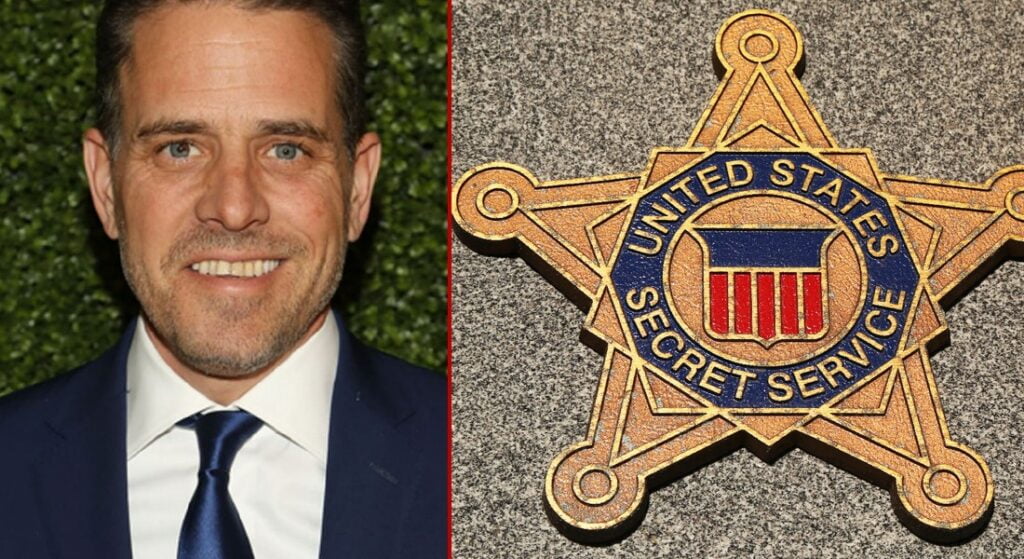 Hunter Biden had an edgy stand-off with police over his missing handgun in 2018 and may have even committed a felony. The Secret Service also confronted the gun owner who sold Hunter Biden the .38 caliber handgun after the bizarre incident involving police, a Politico report revealed on Thursday.

Joe Biden’s son Hunter was being watched by the Secret Service in 2018, although he was not entitled to such protection. At the time, Hunter was dating his brother’s widow Hallie. She had found his handgun and had thrown it away at a trashbin near a local supermarket in Wilmington, Delaware out of fear that he might use it to kill himself.

Hunter Biden was greatly displeased by Hallie tossing his handgun in the trash and told her to get it back. When she went to retrieve the firearm, it was already gone. She called the store manager.

The FBI arrived on the scene, along with local police, and that is when the surreal incident gets revealing. A police officer asked Hunter Biden if he had used the gun to commit a crime. He reportedly “became very agitated” and asked the officer if he was trying to “make him mad.”

When police asked if he was drunk or had been using drugs, Hunter replied: “Listen, it isn’t like that. I think she believes I was gonna kill myself.” He also called two Mexican store owners “suspicious” and “probably illegal,” according to the Daily Mail.

As police continued the investigation, they found the gun store where Hunter Biden had purchased the gun.

“Secret Service agents approached the owner of the store where Hunter bought the gun and asked to take the paperwork involving the sale, according to two people, one of whom has firsthand knowledge of the episode and the other was briefed by a Secret Service agent after the fact,” Politico reported.

“The gun store owner refused to supply the paperwork, suspecting that the Secret Service officers wanted to hide Hunter’s ownership of the missing gun in case it were to be involved in a crime, the two people said. The owner, Ron Palmieri, later turned over the papers to the Bureau of Alcohol, Tobacco, Firearms, and Explosives, which oversees federal gun laws,” the report continued.

A man who frequently dumpster dived near Janssen’s Market, the location she chose to dispose of the weapon, found Hunter Biden’s handgun. Then he turned it in to authorities.

The issue is that the Secret Service says it has no record of the event, according to Politico. Joe Biden told the publication through a spokesperson he has ‘no knowledge’ of any Secret Service involvement.

Hunter Biden’s Firearms Transaction Record was obtained by Politico. It showed a receipt for the gun that was dated October 12, 2018.

On the FTR record, Hunter Biden responded ‘no’ to the statement on “Are you an unlawful user of, or addicted to, marijuana or any depressant, stimulant, narcotic drug, or any other controlled substance?” Lying on the federal document is a felony.

While Joe Biden seeks for ways to implement gun control for an entire nation, he might want to start a bit closer to home. If a president can’t even control his own family members, how can he control an entire nation?