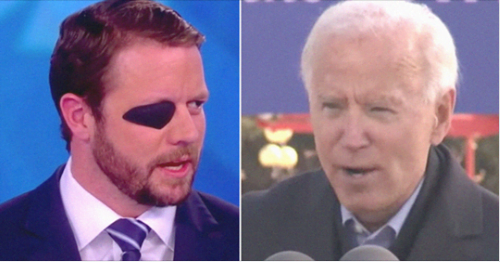 He tweeted “(1/4)The 2020 election chaos is embarrassing & must be fixed. Election integrity must be a priority at every level of gov’t moving forward. The integrity of elections must be self-evident, an airtight process that withstands scrutiny, where no one can plausibly question results”

(3/4) 4 out of 5 Americans favor Voter ID. It is common sense. Efforts should be made toward getting people an ID if they don’t have one, not undermining our election system by not requiring it.

In the 2020 presidential primary, 550k mail in ballots were thrown out. Improperly marked, mismatched signatures, etc. One can conclude that (1) valid votes were thrown out or (2) election officials detected fraud & discarded ballot. Conclusion: limit this unreliable practice.

One Twitter user replied “coming to the party late?”

Crenshaw replied “You’d have to be living under a rock to conclude I haven’t been talking about election integrity for months. I have.”

coming to the party late?