Conan O’Brien at Luxury Resort: ‘Haiti Is a Beautiful Country’ 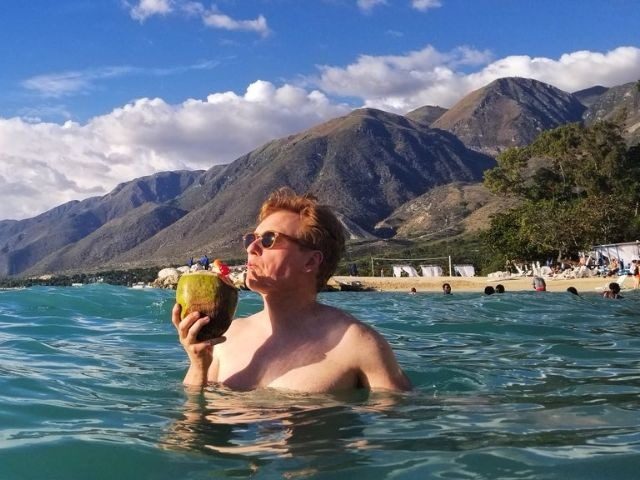 Conan O’Brien claimed Haiti “is truly a beautiful country” while he stayed at a luxury resort last week.

O’Brien made the trip to Haiti in response to allegations that President Trump had called Haiti a “shithole,” prompting a slew of rich celebrities, including O’Brien, to attempt to prove otherwise.

During his trip, O’Brien stayed at the luxury Wahoo Bay Beach Resort, where an idyllic photograph of the talkshow host was taken, prompting users on Twitter to show O’Brien pictures of the rest of the country.

In another post, O’Brien gave a man a MAGA parody hat that read “Haiti is great already,” despite the fact that in 2015, Haiti was listed as the twentieth poorest country in the world.

Getting the people of #Haiti to model my updated @RealDonaldTrump #Maga hat. #HaitiIsGreatAlready #ConanHaiti pic.twitter.com/Y0RLHWyY0B

According to Business Insider, the average annual income in the country in 2013 was $1,358.10, while the official US Department of State travel website warns citizens to “reconsider” travelling to the country due to the fact that, outside of the secure and protected luxury resorts, “Violent crime, such as armed robbery, is common.”

This isn’t the first time Conan O’Brien has attempted to make poor nations look wonderful. He previously traveled to communist Cuba and painted a rosy picture of the island despite the suffering of millions of Cubans under the Castro regime.