Clarence Thomas is an American hero 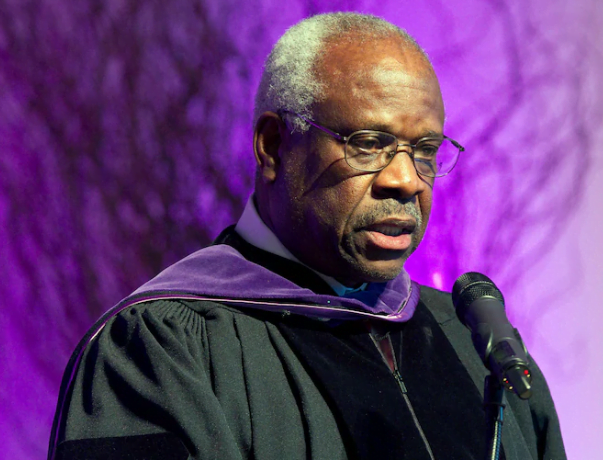 Nearly everyone has an impression of him — and most are mistaken. For, if they knew Supreme Court Justice Clarence Thomas better, they’d most likely be celebrating and naming streets after him.

Thomas is an American hero. Born to nothing, he grew up knowing only hard labor and unyielding discipline, episodes of deep faith, years of searing anger and stints as a seminarian and a college revolutionary. Ultimately, he graduated from Yale Law School and earned a seat on the highest court in the land.

And, yet, because he’s a conservative, a sin especially grave to some because he is black, and because he opposes Roe v. Wade, he is reviled by the many who, were he ideologically otherwise, would herald him as a triumph of individual will and grace over seemingly insurmountable odds,

This is the takeaway from a new documentary about Thomas, who granted director Michael Pack full access. The two-hour film, “Created Equal: Clarence Thomas in His Own Words,” is a distillation of 30 hours of interviews in which Thomas tells his story, up close and personal, as if sitting across a table.

It is a marvel of filmmaking that two hours pass so quickly. At the end of a screening I recently attended, there weren’t many dry eyes in the room.

While most Americans know Thomas either from his Supreme Court confirmation hearings in 1991, when Anita Hill accused him of inappropriate comments at work — or as the justice who almost never asks questions during oral arguments — he is certainly much more than what those two dusty narratives portray.

Some will have read his memoir, “My Grandfather’s Son,” and be familiar with the facts of his story: Born in Pin Point, Ga., the descendant of West African slaves, he lived with his mother and two siblings in a shack without plumbing. But hearing him talk about that distant life and the hardships that formed him is an intimate, often heart-tugging experience.

You meet a man who was always different, always questioning and determined to succeed no matter what, and who suffered greatly without complaint. His mother once told him that as a baby, he was “too stubborn to cry.” At 71, Thomas seems at ease expressing feelings long hidden from public view and casts a wry eye on some of his formative years, such as when he joined a group of black radicals at the College of the Holy Cross in Massachusetts.

“We’re supposed to be revolutionaries,” he says. “So, you go to the local Army-Navy store in Worcester, and you get Army fatigues, and boots. Why that was the dress is beyond me, but that’s the way we dressed,” he says, laughing.

His attraction to radicalism was foreshadowed when, while earlier attending a Catholic seminary, the Rev. Martin Luther King Jr. was shot. A fellow seminarian said, “That’s good. I hope the son of a bitch dies.”

“And that was pretty much the end of me. That was it,” Thomas says in the documentary. He abandoned the seminary.

After leaving the seminary, Thomas returned home to his grandparents, with whom he and his brother had lived since Thomas was 7. His grandfather had imposed high standards on the two grandsons. Days were filled with labor “from sun to sun.” When the boys first arrived in 1955, their grandfather told them that the door on his house swung two ways. It swung inward for them on that day, but if they misbehaved, it would swing outward — and he would ask them to leave.

Upon Thomas’s return from the seminary, the door swung outward — and his grandfather told him to leave. Quitting seminary wasn’t merely disappointing. To his grandfather, it was quitting, plain and simple. Thomas would have to find his own way from there.

And, you, dear reader, will have to wait for the rest of the story until May, when PBS plans to air the documentary. Audiences will learn why Thomas rarely asks questions and why he never gives up. A clue can be found inscribed on a bust Thomas keeps of his grandfather, who often said to the young Clarence: “Old Man Can’t is dead. I helped bury him.”