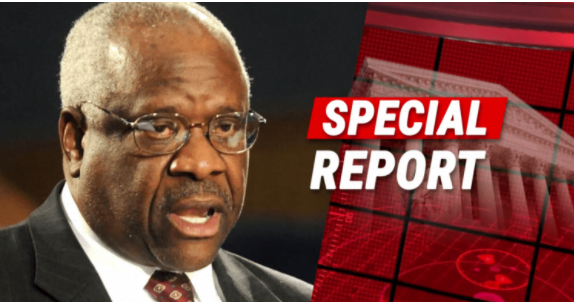 The Supreme Court has just released a series of decisions. To the surprise of many, they almost all sided with the liberal minority.

But when a crucial Second Amendment case was brought before the court, they voted to reject it.

So, the normally quiet Clarence Thomas is speaking out:

Kavanaugh and Thomas, in the case of an ATM service worker who takes care of machines in “high-crime areas” but was told by New Jersey that is not a good enough reason for him to have a permit to carry a handgun, accused their fellow justices of ambivalence to potential violations of Americans’ constitutional right to bear arms.

Why is this dissent from Clarence Thomas so critical?

Thomas criticized the courts’ refusal to even hear this case. He called out the court, saying they’d be willing to review “the constitutionality… of free speech” issues.

Or, if a case related a woman’s right to choose, he said it was “highly unlikely” that the court would allow the government to enforce a law that required her to provide “justifiable need.”

But in the case when an ATM service worker faced dangers in his line of work, the SCOTUS denied him the right to make his case. Thomas accused the court of looking “the other way.”

Brett Kavanaugh joined the senior justice in voicing dissent. The rejection comes after the court recently gave liberal activists numerous wins, including a case that protected the rights of gay Americans in the workplace.

Critics lament the court’s willingness to protect LGBT rights, but not the fundamental Second Amendment rights of all Americans.