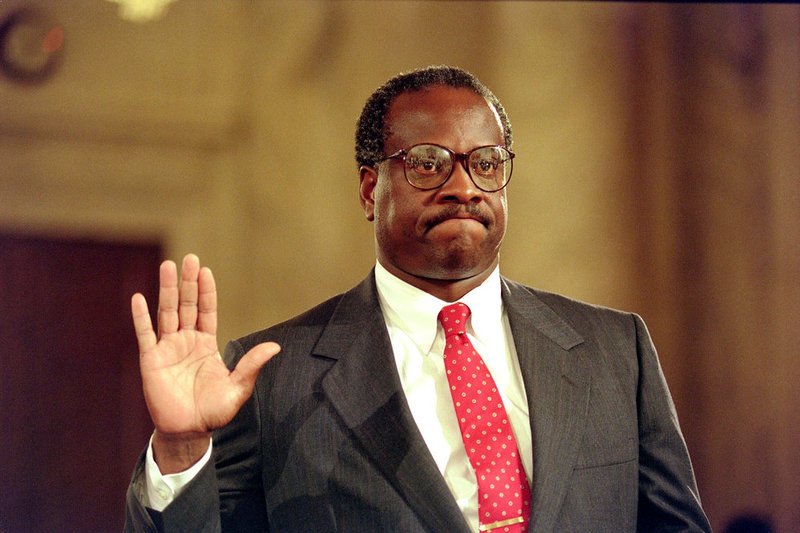 He doesn’t say much – so when he speaks, we listen!

Can we call Clarence Thomas the lion of the Supreme Court? I think we can now—he just broke his silence on one of the most important issues of our day.

Even though we know he’s a powerful leader, he doesn’t roar too often.

So when he does, you know he means business. And Democrats never saw his Supreme Court anvil coming.

IN A 20-PAGE CONCURRENCE, [THOMAS] SAID THAT “[E]NSHRINING A CONSTITUTIONAL RIGHT TO AN ABORTION BASED SOLELY ON THE RACE, SEX, OR DISABILITY OF AN UNBORN CHILD, AS PLANNED PARENTHOOD ADVOCATES, WOULD CONSTITUTIONALIZE THE VIEWS OF THE 20TH-CENTURY EUGENICS MOVEMENT.”

Wow. Thomas slammed Planned Parenthood, saying protecting abortion on the basis of race is protecting an outdated practice from the 20th century.

That practice selectively tried to wipe out entire minority groups—through sterilization. That movement went on to become modern-day Planned Parenthood.

All you have to do is research the life of Margaret Sanger, PP’s founder, to know the truth.

Thomas is standing against the pro-choice lobbyists who want to strip unborn children of their rights.

All across the country, states are standing up for life and passing historic legislation. The right to life has never been better backed.

Thomas is echoing the sentiments of many Americans, who demand this practice to be ended once and for all.

But you better believe the fight will continue. Democrats will not sit by and let their golden goose be destroyed.

It will take all of us to make sure they don’t win.