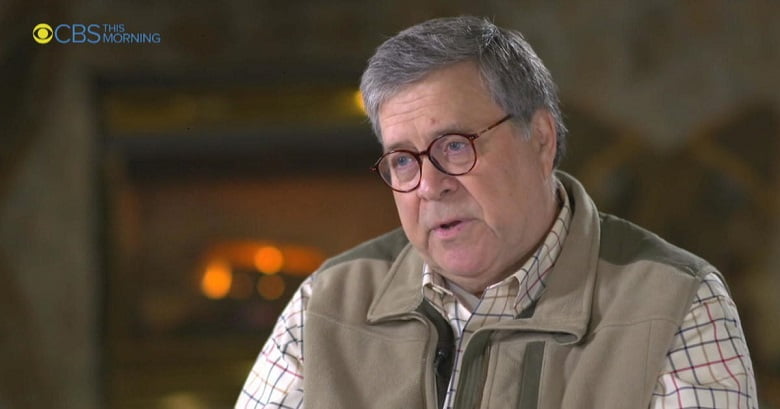 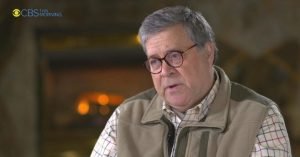 AG Bill Barr will now go down in history as a total disgrace.  When America needed someone to address the Deep State DC Swamp, after months of delays Barr finally showed he was a swamp creature himself.

We reported a month ago on the disgrace that Bill Barr had become:

Of course we should have known when AG Barr discounted any evidence that Jeffrey Epstein was murdered that Barr was not on the side of justice:

We kept hoping that Barr was finally someone who would address the criminals running Washington DC but he ended up being a card carrying member himself.

As he was walking out the door Barr claimed there were no crimes with the Obama Administration spying and demasking the incoming Trump Administration members in 2016.  He also claimed the CIA did nothing wrong in relation to the Trump – Russia scandal.  And, of course the FBI is now a disgrace after four more years of persecuting innocents and letting criminals go free.  Barr and FBI Director Chris Wray plotted with Deep State members in overthrowing the government this election as can be seen by their selective blindness and lack of efforts to address the coup they are part of.

Why would Barr ignore the truth and justice?  Looking over Barr’s past we have a couple possible answers.

While Barr was Attorney General under George H. W. Bush, he was involved in surveillance activities on Americans without obtaining warrants back in 1992:

The Justice Department under Attorney General William Barr launched a vast surveillance program that gathered records of innocent Americans’ international phone calls without first conducting a review of whether it was legal, the department’s inspector general concluded Thursday.

It happened in 1992, the last time Barr served as attorney general

The secret program, run by the Drug Enforcement Administration, ultimately gathered billions of records of nearly all phone calls from the United States to 116 countries, with little oversight from Congress or the courts, a USA TODAY investigation found. It provided a blueprint for far broader phone-data surveillance the government launched after the terrorist attacks of Sept. 11, 2001.

After working as Attorney General for Bush, Barr obtained the General Counsel position at communications company GTE.  The company eventually morphed into Verizon while Barr was still there.  Verizon noted the following in a press release in September of 2008 announcing Bill Barr’s retirement there after more than a decade:

Barr, 58, previously was general counsel at GTE, which merged with Bell Atlantic to become Verizon. Prior to his 14-year career in the communications industry, Barr was U.S. Attorney General under then-President George H.W. Bush…

…Barr began working in telecommunications in 1994, when he joined GTE as executive vice president of government and regulatory advocacy, general counsel. He served in that capacity from 1994 until GTE merged with Bell Atlantic to become Verizon in June, 2000.

Prior to his work in the telecommunications industry, Barr was Attorney General of the United States, was on the White House Domestic Policy Staff under President Reagan, and served in the Central Intelligence Agency.

As Attorney General from 1991 to 1993, Barr established innovative programs to combat violent crime and set significant new enforcement policies in a wide range of areas, including financial institutions, civil rights and antitrust merger guidelines. He started with the Department of Justice as assistant attorney general in charge of the Office of Legal Counsel in 1989, and then served as deputy attorney general before his appointment as attorney general in November 1991.

Barr started his legal career as law clerk to Judge Malcolm Wilkey of the U.S. Court of Appeals for the District of Columbia. From 1982 to 1983, he served on the White House Domestic Policy Staff under President Reagan, and then returned to the Washington, D.C., law firm of Shaw, Pittman, Potts & Trowbridge, where he practiced as a partner until 1989. Barr received a bachelor’s degree in government in 1971 and a master’s degree in government and Chinese studies in 1973 from Columbia University. He received his juris doctor degree with highest honors from George Washington University in 1977

Barr’s program while Attorney General to spy on Americans was the precursor for future spying on Americans after 9-11.  The Obama Administration took over and spied on the Trump Administration and God knows who else while he was President, something Barr never bothered to address.

Is this why Barr failed as AG – because the illegal spying using advanced technology was his brainchild?