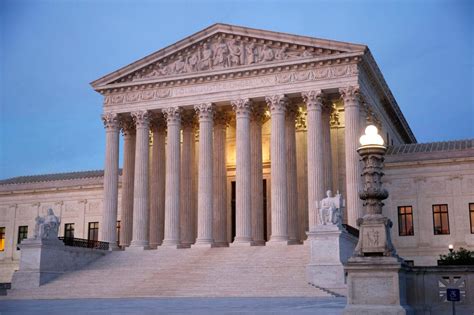 Joe Biden is following the Democrat tradition of having a temper tantrum when he, and they, do not get what they want.

And Democrats have been having a tantrum ever since Supreme Court Justices Neil Gorsuch, Brett Kavanaugh and Amy Coney Barrett were nominated and confirmed by Donald Trump.

And now Biden has signed an executive order to create a commission to study something the radical fringe of his party has been demanding, expanding the Supreme Court, The New York Times reported.

President Biden on Friday ordered a 180-day study of adding seats to the Supreme Court, making good on a campaign-year promise to establish a bipartisan commission to examine the potentially explosive subjects of expanding the court or setting term limits for justices.

The president acted under pressure from activists pushing for more seats to alter the ideological balance of the court after President Donald J. Trump appointed three justices, including one to a seat that Republicans had blocked his predecessor, Barack Obama, from filling for almost a year.

The result is a court with a stronger conservative tilt, now 6 to 3, after the addition of Mr. Trump’s choices, including Justice Amy Coney Barrett, who was confirmed to replace Justice Ruth Bader Ginsburg just days before last year’s presidential election.

But while Mr. Biden, a former chairman of the Senate Judiciary Committee, has asserted that the system of judicial nominations is “getting out of whack,” he has declined to say whether he supports altering the size of the court or making other changes — like imposing term limits — to the current system of lifetime appointments.

Liberals have been incensed ever since Republicans blocked former President Obama’s nominee, Merrick Garland, from even getting a hearing and then ushering in three justices when Trump was in The White House.

Aaron Belkin, the director of the group Take Back the Court, believes that it is time to expand the court, though one wonders if he would feel that way if Democrats had a 6 – 3 advantage.

“There’s growing recognition that the Supreme Court poses a danger to the health and well-being of the nation and even to democracy itself,” he said.

“A White House judicial reform commission has a historic opportunity to explain the gravity of the threat and to help contain it by urging Congress to add seats, which is the only way to restore balance to the court.”

In October, when he was a candidate for president, Biden told “60 Minutes” of his intention to create a bipartisan commission to study the issue and give him recommendations.

“If elected, what I will do is I’ll put together a national commission of — bipartisan commission — of scholars, constitutional scholars,” he said in the interview.

“And I will ask them to, over 180 days, come back to me with recommendations as to how to reform the court system because it’s getting out of whack, the way in which it’s being handled. And it’s not about ‘court packing,’ there’s a number of other things that our constitutional scholars have debated and I’ve looked to see what recommendations that commission might make,” he said.

“If the public sees judges as ‘politicians in robes,’ its confidence in the courts, and in the rule of law itself, can only diminish, diminishing the court’s power, including its power to act as a ‘check’ on the other branches,” the justice said.

“The court’s decision in the 2000 presidential election case, Bush v. Gore, is often referred to as an example of its favoritism of conservative causes,” he said. “But the court did not hear or decide cases that affected the political disagreements arising out of the 2020 [Trump v. Biden] election.”

But he pointed to the court’s decision on Obamacare to show that the court is fair.

“It did uphold the constitutionality of Obamacare, the health-care program favored by liberals. It did reaffirm precedents that favored a woman’s right to an abortion. It did find unlawful certain immigration, census, and other orders, rules, or regulations, favored by a conservative president,” the justice said.

He said that “at the same time it made other decisions that can reasonably be understood as favoring ‘conservative’ policies and disfavoring ‘liberal’ policies. These considerations convince me that it is wrong to think of the court as another political institution.”

He pointed to the conservative justices, minus Chief Justice John Roberts, ruling that the state of California could not stop church services.

“Why would all members of the court not agree that a state can limit inside attendance but not forbid it entirely?” Justice Breyer said. “The answer could be that some judges believe that the state must be especially careful when imposing restrictions upon religious worship. Others might believe that freedom of religion must give way to a consensus of scientific opinion at times of significant risks to health.”

The late Justice Ruth Bader Ginsburg also expressed her concerns about packing the court before her death.

“Nine seems to be a good number. It’s been that way for a long time,” Justice Ginsburg said. “I think it was a bad idea when President Franklin Roosevelt tried to pack the court.”