Attorney General Barr Orders FBI To Stop, U-Turn – Then Bill Steps Out And Thanks Pro-Police Supporters 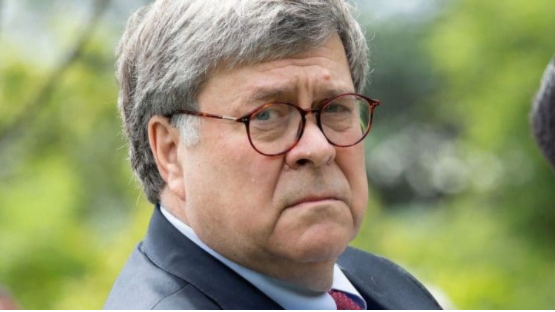 Perhaps one of the smartest moves Trump’s made as POTUS has been picking Bill Barr as attorney general.

The man has stood up for justice again and again. He has stared down corruption in D.C. and hasn’t blinked.

Even as chaos rages (thanks to leftists), he continues to uphold the high standards of the DOJ.

As he was driving through Virginia, he ordered his car turned around, just so he could do this:

That time you’re driving in Virginia and the Attorney General spots a group of people in front of a police precinct showing their support for the police.

AG to FBI Detail: “Can we make a quick U-Turn? I want to jump out and thank those people.”

Attorney General Barr ordered his protective detail to turn around, so he could greet a pro-police group.

Barr met with the Virginia residents, just so he could thank them for their support of law enforcement.

The demonstrators appeared excited to meet the attorney general. Some praised him for his recent appearance during the House Judiciary Committee hearing.

In recent months, the media and Democrats have mounted an anti-police campaign across the country.

Radical activists have rioted and protested against the police. Democrats in cities across America have embraced defunding police departments, even as crime surges.

They have pushed this movement, even as polls reveal the vast majority of Americans don’t want cops defunded. In fact, most Americans (including black Americans) want an increase in police presence in their communities.

This group appears to represent a large majority of Americans. The fact that Bill Barr stopped to greet them is a strong sign that his agency will continue to defend the country from anarchists and lawbreakers.

Many Americans look forward to Barr’s investigation into Obamagate. Results from the criminal investigation might come out before Labor Day according to the latest reports.