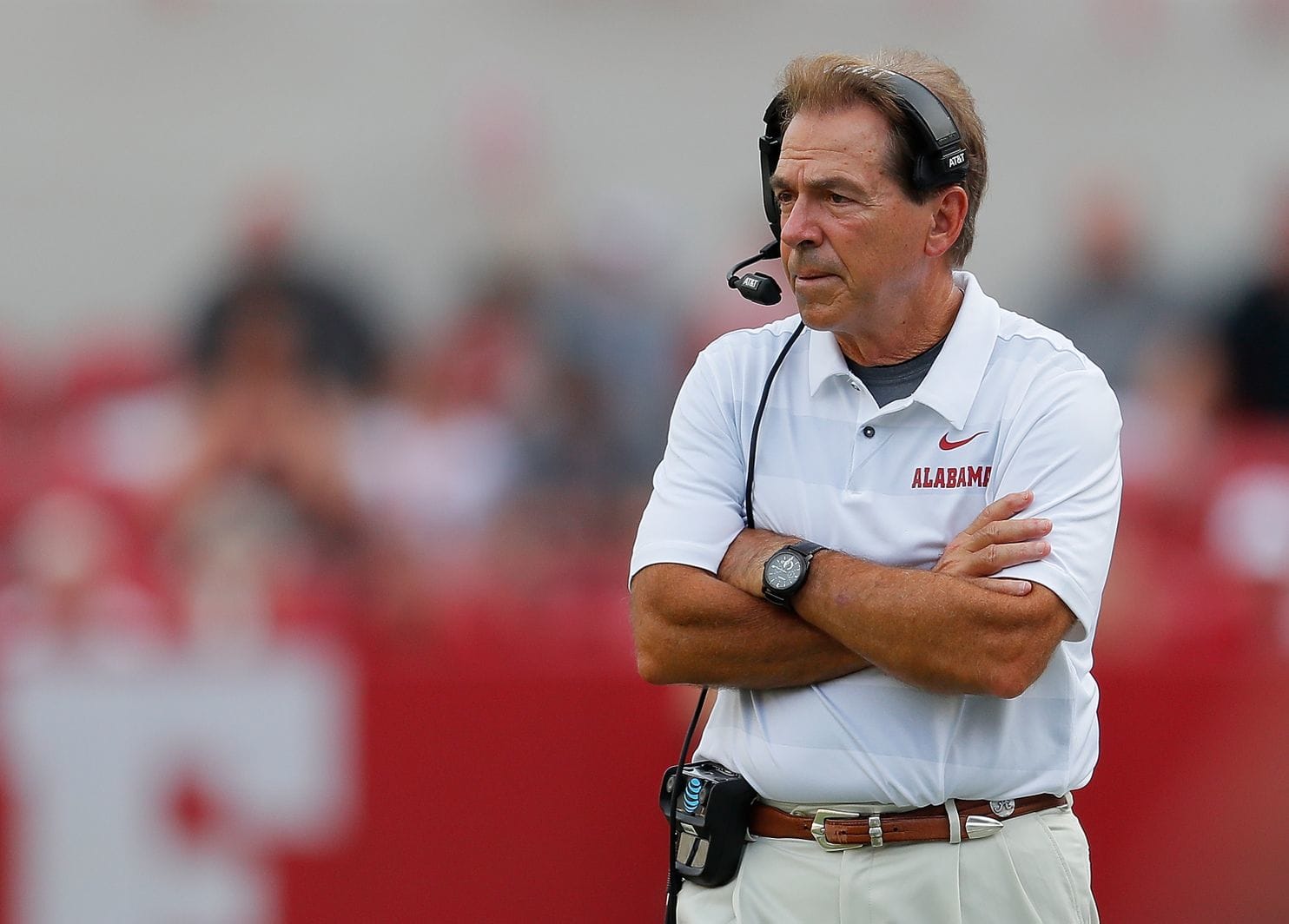 Alabama coach Nick Saban said Wednesday that he considers himself fortunate for the false-positive COVID-19 result he had last week.

Saban initially tested positive for the virus Oct. 14 and went into isolation, but was able to test out of COVID protocol in time to coach No. 2 Alabama’s 41-24 win over No. 3 Georgia on Saturday after having three consecutive days of negative tests leading up to the game.

Saban said that being away from the team was challenging in that he thought he wasn’t doing all he could to help the players prepare. It gave him perspective, he said, because he believed during the week that he might not clear protocol in time to coach the game.

He said he was “really was very thankful that we had the opportunity to do that.”

Saban said the circumstances “should be a lesson that I can share” that relates to something his father used to tell him when he was a kid.

“Somebody needs to close the barn door before the horse gets out,” his father would say.

Saban explained that his father was talking about anticipating problems before they occur.

“Well, once they tell you you’re positive, there’s nothing you can do about it,” Saban said. “I was fortunate it was a false positive. So I would encourage everybody out there to do everything they can to practice social distancing and wear a mask and manage their personal space so they don’t have to ever hear the fact that you have this.”

Alabama, which is the only remaining undefeated team in the SEC, is set to go on the road to play rival Tennessee on Saturday.

After such a high-profile win over Georgia, Saban said it’s imperative that players “bounce back and recenter.”

“To play on the road in a game like this is difficult,” he said. “So our players have to really focus on what they have to do to prepare well in the game and be able to go play every play in the game so that we’re going to have the best chance to have success.”