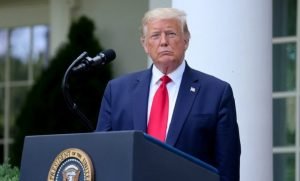 A southern border wall was one of President Donald Trump’s biggest campaign promises. He vowed to improve the existing barriers, as well as build brand new walls to deter border jumpers.

For a while, though, it looked like America wouldn’t hit Trump’s goal of 450 miles by the end of 2020. At the start of last year, only 100 new miles had been built.

But construction kicked into high gear as the year went on, and the barrier has now hit a fresh milestone:

But the good news doesn’t end there.

Construction isn’t done and though it appears Trump’s time in the White House is coming to an end, that won’t stop the wall’s progress.

The Trump administration on Tuesday announced that the number of miles of wall at the southern border had topped 450, a key election promise set by President Trump – with a top official saying that about 350 miles more is already funded.

So not only do we have 450 miles done, but 350 miles should be coming soon because they already have the funds.

This marks a significant push forward and an impressive high watermark for construction. Especially because in early 2020, Morgan didn’t think they’d get this far:

We were challenged and a lot of people didn’t think we were going to be able to get it done.

While it’s important to note that much of the “new” wall is actually a replacement for existing barriers, officials have often clarified the situation.

They remind us that the new wall is dramatically different — the new barrier is 30 feet high and features anti-climb technology and cameras. This is a far cry from the old porous wall.

And with the $1.375 billion bill recently signed by President Trump, that will “fund a total of almost 800 miles of new wall.”

This includes the aforementioned 350 miles on top of the existing 450. But this doesn’t mean the new construction is inevitable.

The apparent new President, Joe Biden, has already sworn that “not another foot of wall” would be built under his administration, and he’s bound to make things difficult for border officials.

But Morgan insists that because the contracts have already been awarded, it would cost the U.S. “billions” to simply walk away from those contracts. And it would cost us thousands of jobs, too.

Because of this, it might be tougher than Biden thinks to stop it. 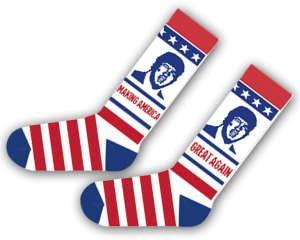