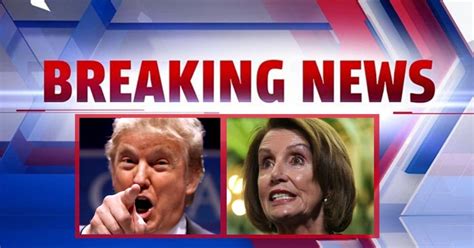 We’ve discussed much of Trump’s post-White House movements lately. Plenty of patriots are eager to learn what the future has in store for the 45th president.

He hasn’t announced a 2024 run yet, but he hasn’t ruled one out either. From all appearances, he is focusing on helping the GOP take back Congress in the 2022 midterms.

That would result in giving Speaker Pelosi her walking papers. And old Nance has reason to be terrified.

A political action committee founded by former President Donald Trump has an astonishing $85 million on hand to help fund Republican efforts to take back the House of Representatives in next year’s midterm elections, according to a Thursday Fox News report.

That’s right, Trump isn’t messing around. And this news has given some hope that Trump is certainly preparing for a 2024 fight.

Mark Meadows, who was Trump’s chief of staff at the end of his administration, offered some insight into what to expect of his former boss as attention gets turned to 2024 and a potential rematch against President Joe Biden…

Meadows didn’t get into specifics, but he did say Trump is “making all the preparations necessary” for another run, and he’s “being encouraged by his friends and former staffers.”

With Trump working hard to win the 2022 midterms, one of his close allies is saying things are looking good for a 2024 comeback.

We all know that Trump won more votes in 2020 than any other sitting president. We can argue all day over how the election turned out, but chances are Biden is going to have a very tough re-election come 2024.

(If he’s even around by then, of course.)

Biden has already tanked our jobs market, caused gas prices to soar, and is watching his approval sink. All his talk of “unity” has devolved into bitter partisan bullying (both from his office and Dems in Congress).

If Trump wants to run again, he will have quite the warm welcome, from Americans eager to get Democrats out of power.

Some speculate that Trump is waiting for 2022 to shake itself out. If Republicans flip Congress, then it gives Trump better odds.

If you think about it, if Trump had been re-elected in 2020, he would still have to contend with a mostly liberal Congress. He might have been a lame-duck all throughout his second term.

But if Congress is flipped in 2022, he might end up with a strong conservative Congress by 2024. That’s good enough reason to get back into the ring.