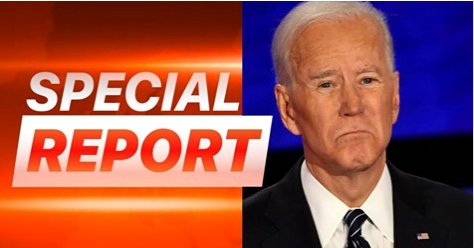 For much of 2020, many Democrats have promoted the idea of a $15 minimum wage. They claim it would give lower-end workers around the country a more reasonable living wage.

Joe Biden has also voiced his support of the idea, and it could be one of his first goals as President.

However, this remains a hotly contested topic of debate, as many economic advisers and experts don’t agree with the idea. In fact, several say it will have seriously negative consequences.

Now, a new report from a couple professors shows what Biden and Democrat leaders could be risking with a $15/hour minimum wage.

The report takes into account areas hardest-hit by the pandemic, and ultimately they believe the new minimum wage would hurt the American economy.

The risk: a couple million jobs.

Via The Daily Wire

Specifically, the report looked at the Raise the Wage Act, which was passed by the Democrat-controlled House in 2019, prior to the epidemic.

It probably won’t pass the Senate (provided Republicans maintain their majority) but if Biden is indeed inaugurated, he’ll likely continue to support the Act.

But it may not have the intended impact. And it could further hurt many individuals who Democrats claim to support — including both women and young citizens.

According to the report:

The Arts, Entertainment, and Recreation and Accommodation and Food Services sectors will account for half of these job losses.

Workers aged 16-24 will see the highest proportion of job losses, and the majority of jobs lost will be those held by women.

In addition, tipped workers will suffer more than non-tipped workers, as they estimate that 1 in 3 tipped employees would lose their jobs if the federal minimum wage rose to $15/hour.

Interestingly, this analysis from the professors is in line with a 2019 report from the Congressional Budget Office (CBO).

At the time, the CBO found that increasing the federal minimum wage could ultimately put as many as 3.7 million people out of work.

While they said the $15 option would slightly increase the wages of 17 million workers, they also said that 1.3 million workers would become unemployed.

The struggle for employers should be obvious: it’s feasible that many, especially those who own small businesses, simply can’t afford a $15/hour minimum wage.

The result will be layoffs or slashed hours, which would only prove counterproductive for low-income earners.

Will Biden continue to push this and if so, shouldn’t he be concerned about these reports?