132 hours to train teachers on guns: Is it enough? 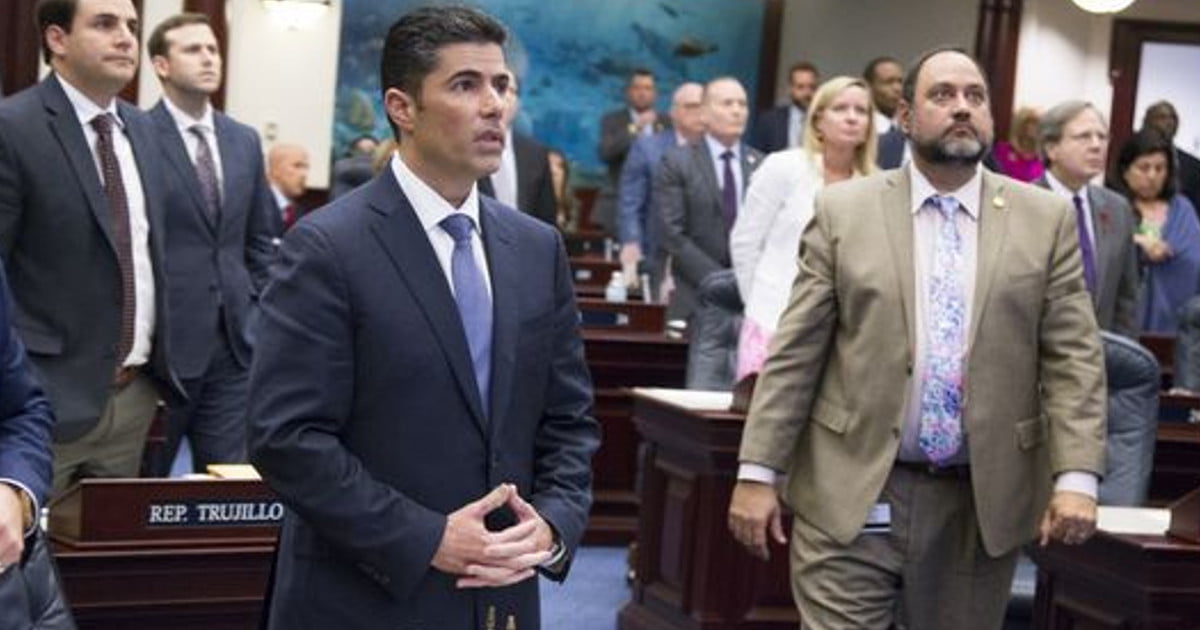 A proposal to arm teachers, administrators and school staff in Florida is causing widespread concern for the minimal firearms training they would get — 132 hours — which would be less than that of basic police recruits.

Critics say the proposal, part of a measure designed to help protect schools from shooters that is awaiting Florida Gov. Rick Scott’s signature, could put students and staff at risk.

The first-in-the-nation “school marshal” plan would voluntarily arm teachers and staff. The law also imposes a three-day waiting period for most gun purchases, raises the minimum age to purchase a gun to 21 and gives police more authority to confiscate weapons.

The school marshal proposal is officially called the Coach Aaron Feis Guardian Program after the Marjory Stoneman Douglas coach who died trying to save students during the Feb. 14 rampage that killed 17 in Parkland. It would require approval from county sheriffs and local school boards.

The training is modeled after a similar course developed by Polk County, Fla., Sheriff Grady Judd, who last month told lawmakers that the average response time for police in active shooter incidents is five minutes. Authorities have said the Parkland shooting was over in just three minutes.

“911 does not work when there is an active shooter,” Judd said.

Under the proposed law, schools could use state funding to hire school resource officers (SROs) or local police — or train gun-toting “school guardians.”

Like the Polk County program, the new one requires school guardians to complete 132 total hours of comprehensive firearm safety and proficiency training, including:

Basic police recruits, however, must do more to carry a gun, according to the Florida Department of Law Enforcement.

They must complete an 80-hour course in defensive tactics and another in firearms. They must show proficiency in 41 “defensive tactics” techniques and understand the legal application of the use of deadly force. They must know how to handle handguns, shotguns, rifles and semiautomatic weapons — and they must practice, among other skills, survival shooting techniques.

Recruits must also show they can handle firing weapons under various conditions. They must show that their skills are still fresh every two years, though individual agencies may test officers more frequently.

Curt Lavarello, executive director of the School Safety Advocacy Council and a former SRO in Broward County, Fla., where the Parkland shooting took place, said 132 hours is not nearly enough to entrust educators with guns.

“It’s absolutely ridiculous to think that in 132 hours of training you’re going to be prepared to take on a well-armed gunman who comes onto a campus to kill children,” he said.

Richard Myers, executive director of the Major Cities Chiefs Association, which represents 75 big-city police forces in the United States and Canada, said he has discussed arming teachers with many of the group’s members. “I’ve yet to hear a police chief think that’s a good idea,” he said.

As with basic recruits in Florida, Myers said cops aren’t just trained to use firearms, but to know when not to use them. “It’s not just about shooting holes in targets,” he said. “It’s about de-escalation. It’s about ‘Shoot, don’t shoot.'”

He also worries that armed teachers will themselves become targets of police once law enforcement responds to an active school shooter. “I see some real crises in the making,” Myers said.

Lavarello, the former SRO, agreed: “I would not want to be the officer dispatched to a school and being told over the radio that we have one ‘bad’ armed person and 25 ‘good’ armed people. The problem is we’re truly going to be setting up an ‘O.K. Corral’ scenario. I’d rather have the officers that we know who can address the situation.”

Apart from how they might react to a school shooter, Lavarello said arming teachers with so little training presents other problems: “The reality of it is, they still have a gun, and what they deem extreme on a campus is going to vary across the scale. A very bad fight, maybe with a kid with a knife, could trigger an extreme reaction to someone who’s not well-versed in the training.”

Joanne McCall, president of the Florida Education Association (FEA), said the union is discouraging schools from participating. “I don’t believe that’s what we should be doing,” she said. “We should be providing the funds to provide resource officers in every school.”

The union this week hand-delivered a letter to Scott asking him to veto the “guardians” section of the bill, she said.

McCall noted that several of the state’s largest districts — including Broward County — have said they’d opt out of the “guardians” program. The bill would otherwise provide $97 million for SROs — FEA has calculated that it would take about $115 million to put an SRO in every school that needs one.

A recent survey of teachers and school staff statewide found that about 70% don’t want to arm school employees. “We are trained to be educators,” McCall said. “We are not trained to handle those kinds of situations. Having a concealed weapon and shooting at target practice is different than those intense moments when you have an active shooter.”